PlasticFri founded by innovator brothers Allen and Max, with the mission to end plastic pollution catastrophe.

The history of the idea goes back to their childhood. Whenever they were out in the nature, their parents asked them to spend a few minutes picking up trash before starting to play around. This became a habit which continued into adulthood and they still make time for that today.

As adults, Allen and Max continued the tradition their parents had taught them. Yet they were aware these small-scale efforts were not enough. They noticed most of the trash they picked up was plastic waste. And of course, it never stopped accumulating. So they started looking into developing an alternative to plastic that could replace plastic in product applications where plastic is not a good choice.

Their work started as a side project more than a decade ago and then they began seeking a more scalable solution. In 2018, they had a breakthrough and succeeding with the core technology and promising results beyond the lab. It was then when PlasticFri was officially registered as a company.

Fast forward, they continued research and development working with a wide range of stakeholders, partners, suppliers and customers to drive the mission of PlasticFri.

As visionary innovators and serial entrepreneurs, Allen and Max have been recognized several times such as being named one of Sweden’s most powerful leaders in sustainability as well as being selected by Forbes magazine as the top 30 most influential entrepreneurs and featured on the prestigious “Forbes 30 under 30” list. 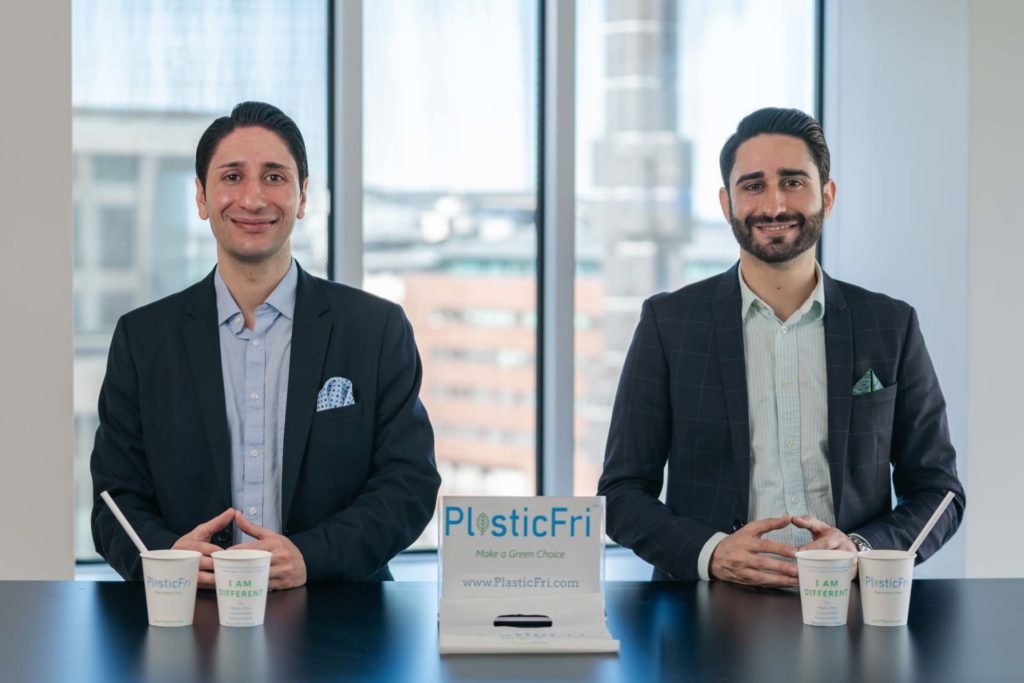 From Sweden, for our Planet

Page load link
We use cookies on our website to give you the most relevant experience by remembering your preferences and repeat visits. By clicking “Accept All”, you consent to the use of ALL the cookies. However, you may visit "Cookie Settings" to provide a controlled consent.
Cookie SettingsAccept All
Manage consent

This website uses cookies to improve your experience while you navigate through the website. Out of these, the cookies that are categorized as necessary are stored on your browser as they are essential for the working of basic functionalities of the website. We also use third-party cookies that help us analyze and understand how you use this website. These cookies will be stored in your browser only with your consent. You also have the option to opt-out of these cookies. But opting out of some of these cookies may affect your browsing experience.
Necessary Always Enabled
Necessary cookies are absolutely essential for the website to function properly. These cookies ensure basic functionalities and security features of the website, anonymously.
Functional
Functional cookies help to perform certain functionalities like sharing the content of the website on social media platforms, collect feedbacks, and other third-party features.
Performance
Performance cookies are used to understand and analyze the key performance indexes of the website which helps in delivering a better user experience for the visitors.
Analytics
Analytical cookies are used to understand how visitors interact with the website. These cookies help provide information on metrics the number of visitors, bounce rate, traffic source, etc.
Advertisement
Advertisement cookies are used to provide visitors with relevant ads and marketing campaigns. These cookies track visitors across websites and collect information to provide customized ads.
Others
Other uncategorized cookies are those that are being analyzed and have not been classified into a category as yet.
SAVE & ACCEPT
Go to Top